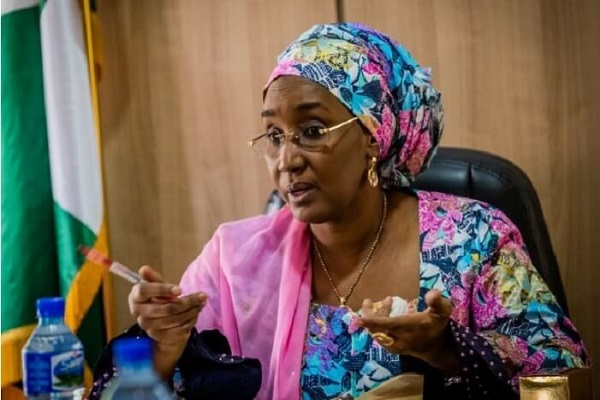 The Federal Government in collaboration with relevant stakeholders have called for the sensitisation and concerted effort to curb the menace of human trafficking, irregular migration, sexual and gender based violence in Nigeria.

The stakeholders stated this in Abuja at the town hall meeting on the prevention of human trafficking, irregular migration, sexual and gender based violence organised by Roost Foundation in collaboration with the Federal Government, AGA Africa, International Organization for Migration (IOM), international Centre for Migration Policy Development (ICMPD), United Nations Office on Drugs and Crime (UNODC) among others with the theme: ”Call to Action, The Time Starts Now”.

Speaking, the Minister of Humanitarian Affairs, Disaster Management and Social Development, Sadiya Umar Farouq, said all hands must be on deck to continue to make progress on the efforts towards eliminating the threat of the social problem.

The Minister who was represented by the Director Planning, Research and Statistics in the Ministry, Hajjarra Ahmed, the Minister said trafficking, irregular migration and gender-based violence is a complex issue that should be approached in a way that can be harnessed.

In her remarks, Executive Chairman, Roost Foundation, Mrs Julie Okah-Donli expressed concern over the rising cases of in human trafficking, irregular migration, sexual and gender based violence in the post COVID-19 lockdown era.

She noted that the COVID-19 pandemic drove serious crimes like human trafficking online which gave cult groups the opportunity to perfect their technological know-how in carrying out online pornography, recruitment and transfer of victims already in custody.

According to her, the lockdown exacerbated a lot of social problems especially domestic violence including intimate partner violence, child abuse, sodomy, rape and other ugly tendencies.

Okah-Donli who was the former Director General of National Agency for the Prohibition of trafficking in Persons (NAPTIP) said, establishment of the Roost Foundation is aimed at working with like minded stakeholders to confront the crimes and seek a national consensus on legal and institutional frameworks necessary to stem the impacts of the crimes.

She stated that the foundation has launched an animated series on the theme ”Bullying” in schools which has become topical in national discourse.

She said: “As Director General of NAPTIP during the lockdown, we saw a huge spike in cases of domestic violence caused mainly by cabin fever occasioned by spouses suddenly discovering unknown aspects of themselves or their children having been confined together by force within their homes.

”Upon the establishment of the Roost Foundation, I made it my central vision and passion to work assiduously with other like minded stakeholders to confront these crimes and to seek a national consensus on legal and institutional frames necessary to stem the impacts of these crimes.

She however announced the formal launch of the key projects for 2022 Project Justice and Project Free to consolidate the vision of the foundation.

Speaking, a seasoned legal practitioner, Chief Anthony Idigbe, SAN, who presented the keynote address virtually He enjoined stakeholders to support efforts aimed at enlightening youths not to be desperate in relocating with regard to seeking greener pastures overseas.

He said: “There is nothing wrong with immigration, the problem is irregular migration which makes people put themselves in vulnerable situations.

He however called for equal opportunity for girls and women to access quality education.

According to him, ”There are a lot of things that are encouraging discrimination against women. The social belief that a girl child should not go to school is not a law which needs to be addressed”.

In her remarks, Nigeria Coordinator for AGA Africa Ebelechukwu Enedah, while noting that many African countries serve as a region and transit destination, attributed the situation to poverty and lack of facilities.

“Unfortunately Nigeria is one of the countries that are deeply affected by human trafficking, children living in extremely poor homes are vulnerable”, she added.